A craptastic week in TV.

Life On Mars is not returning for a second year. The good news is that the producers found out about it in time to give the show a proper ending at the end of this season. It will join the ranks of shows like Freaks and Geeks, Murder in Small Town X, and Twin Peaks. All shows that were taken from us too early. 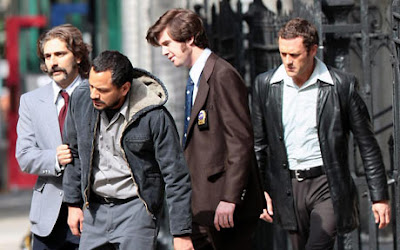 I can't say that I am really surprised, but I am very disappointed. There is a lot of awful garbage on TV that seems to thrive while good shows just fade out. I'm not saying that Life on Mars is the best show ever, but it is much better than most of the mindless crap that returns year after year. Now, I hate plenty of things that pass for programming but reality TV has really become a cancer. I hate to think how many good shows haven't even gotten a chance to be canceled because they need to keep a spot open for The Bachelor, Wife Swap, or The Real Rich Whores of (Insert town here). Most of the stupid "reality" shows aren't even reality any more. Does anyone REALLY believe that The Hills, Hogan Knows Best, or The Girls Next Door aren't scripted? Hulk Hogan had more reality when he was wrestling with Mr. T at Wrestlemania. I don't hate all reality TV, but there is just too much. I was just as addicted to the first season of Survivor as everyone else. The Real World used to be really interesting.... when it was real people and not a bunch of jacked up tool-bags and alcoholic sluts. Top Chef is amazing. Wipeout is stupid, but I love it. There is room for reality TV, but I get more than enough reality in my everyday life. 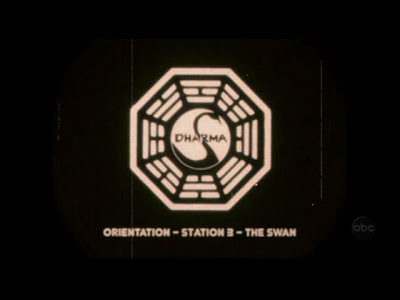 In other news, Lost is not on this week. Balls. I don't understand why they insist on putting gaps in the middle of the season. Lost has been much better about that recently but they have announced that there will be two times this season when there will be no new episode. This season has been totally awesome so I will cut them some slack but it still sucks. So now I have nothing to watch tonight except for Ghost Hunters International. I like GHI but it is not as good as the original.

Fringe has been really getting on my nerves. The show is great, but that is why it is so frustrating that they keep going away for months at a time. Earlier this year they took a couple months over the holidays when there were no new shows. I can deal with that. A lot of shows break over the holidays. But then after a few weeks back and a really great episode, they announce that Fringe will return in April. Son of a bitch! I'm hoping that it is because the show has become popular and they ordered more episodes or something, but I am just guessing. My biggest concern isn't my lack of viewing options this week, I'll survive, but how do they expect the more casual fan to stay engaged in the show? I'm hoping these breaks don't affect the rating for Fringe, I really don't want to lose both of my new favorite shows.

The only good part about this week is that it has given me the opportunity to revisit some classic TV via DVD. I have mentioned it in a previous post but I need to get the message out that Northern Exposure was and is amazing. Not only do I need to make sure that it gets its own post one day but it deserves its own blog. I have always said that it was one of the greatest shows ever and this week when I popped it in it sucked me right back in. If you have never seen it, please turn off Brooke Knows Best (seriously, if you are watching that, turn it off immediately) and go grab the Northern Exposure DVDs. Your brain will thank you.
Posted by Chuck Power at 9:30 AM

Yea, I was pissed when I turned on the show "Ax Men" and it didn't have any whores in it. Only dudes cutting down trees.

Yeah Axe Men blows, but that reminded me about Deadliest Catch. Every episode is exactly the same but I can't stop watching. I'll have to post about it when the new season starts.

First of all, you're welcome, and second of all....I love that moose!

Yeah! I love Northern Exposure! I attempted to "turn on" some people to it and they were lie "Eh...outdated sitcom set in Alaska? Really?" It plays here at like, 4 am weeknights - I feel all nostalgic and sentimental when I watch it. I found your blog from Nikki's...are you going to register at Lost University? Do you have a BluRay? I don't and I am worried I won't get all the supercool stuff because of it :(

Jeez, I just realized I am commenting on a 5 month old post...I am doubting you will notice this.